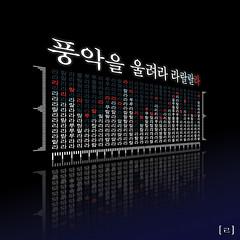 Korean history is extremely interesting and confusing, some things are not clarified. A geo-political passions are raging on the Korean Peninsula and now. On the territory of modern Korea first states began to appear very long. Usually these were small kingdoms, quickly developing and just as quickly fading. But the greatest contribution to the emergence of modern Korea played three ancient kingdoms – Koguryo, Silla and Baekje.

But no matter how many small separate states or kingdoms existed on one small area, they are united by one thing – language. These kingdoms languages were very similar, the inhabitants of one of the kingdom were free to understand people from another. There are reasons due to the history of the emergence and establishment of kingdoms. History of the Korean language is conventionally divided into 4 periods, in this periodization usually do not include language that had to use the Korean Peninsula to the formation of the three kingdoms. So the first half of the ancient period includes precisely languages Goguryeo, Baekje and Silla. Apparently, these languages have some serious differences from the more ancient tribal languages, lived in these territories. Korean history is inextricably linked with the history of China – the kingdom of Koguryo and Silla (which, incidentally, won in his time even earlier the state, located on the Korean Peninsula) almost two thousand years, separated from China. Of course, that in times of allegiance to the State, there were close contacts, and on the borders appeared languages based on Chinese and Korean dialects.